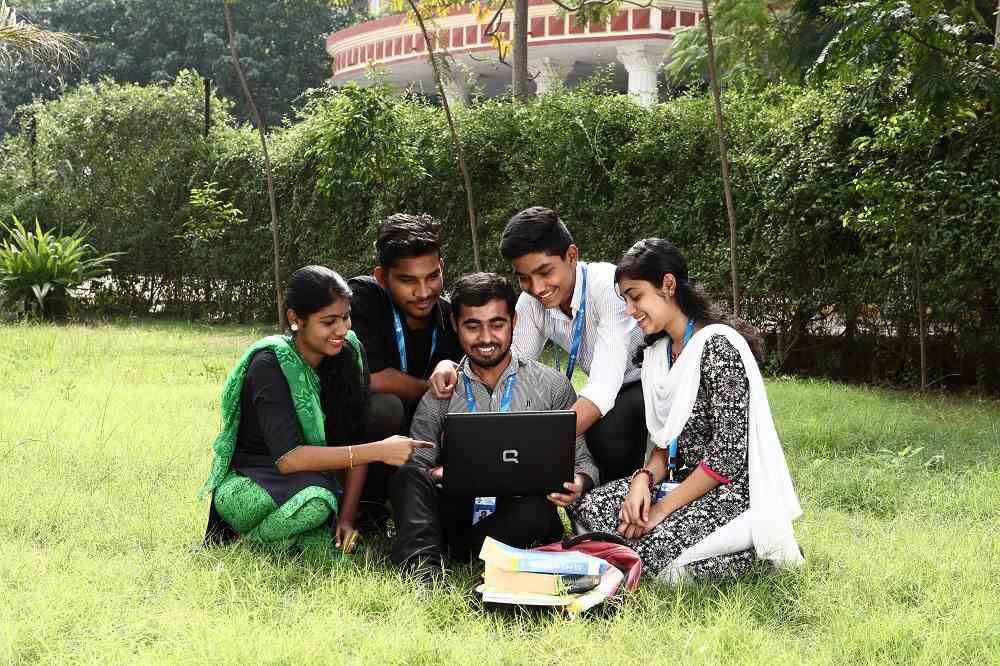 Dr. S. Gunasekaran was born on 3rd June 1954 in Kathiyavadi Village, Ranipet District. He had completed his B.Sc. in Physics in Tamil Medium from Presidency College, Chennai, M.Sc. in Physics from St. Joseph’s college, Tiruchirapalli. He went on to complete his Ph.D. in Molecular Spectroscopy from Anna University and obtained his D.Sc. from University of Madras.

Dr. S. Gunasekaran, Dean (R&D) of St. Peter’s Institute of Higher Education and Research, Avadi, Chennai, began his teaching career at the Pachaiyappa’s College, Chennai, in 1978 and remains a dedicated Teacher to this day, his forte being Electronics and Microprocessors. But Dr. Gunasekaran was restless to do more, than just teach a syllabus, so he went about promoting research activities in the department by garnering funds to equip the Laboratory with instruments for research. As Dean (R&D), he took support from the Management of St. Peter’s Institute of Higher Education & Research and he has established Sophisticated Analytical Instrumentation Facility (SAIF-SPIHER), housed with advanced spectrophotometers. His area of Research is the Application of Spectroscopy in varied fields that are likely to yield results beneficial to society, like Materials Science, Medical Physics, Environmental Science and Molecular Dynamics. In fact, recognizing the powerful tool that Spectroscopy can be in Physics research, Dr. Gunasekaran has coined the term – ‘Spectrophysics’. Till date, Dr. Gunasekaran has successfully guided 79 candidates who have obtained their Ph.D. in Materials Science, Medical Physics, Environmental Science and Molecular Dynamics. He has to his credit, more than 430 publications in reputed journals and has h-index as 40 and i10-index as 164 with 6919 citations. He has published 1 patent so far. He is also extending his meritorious service of being referee of many reputed journal.

Dr. S. Gunasekaran is the Founder, President of INDIAN SPECTROPHYSICS ASSOCIATION – (ISPA)” Started on April 23, 1998. It is the peak of a strong belief that enlightening minds and empowering them through Spectroscopy and Physical Phenomena is way for battling and eliminating social evils and uplifting the society. Indian Spectrophysics Association (ISPA) through its initiatives provides access not only for quality education in spectroscopy and its applications, enhance innovative researches, but also inculcates values, commitment and dedication to the society, thus helping to build a strong future for every researcher like a Spectrum of Physics.

Indian Spectrophysics Association (ISPA) is privileged to honor the notable services of the Spectrophysicists with Life Time Achievement Award, the award is conferred to whom those who dedicated themselves in the spectroscopy research and still working on the respective fields to enrich the society with their findings. For young researchers who have made excellent contributions in the field of Research, made to benefit of humanity have been honoured with ISPA Dr. S. Gunasekaran Award during Conferences/Seminars organized by ISPA. ISPA has organised 15 international, 16 national and 16 state level conferences, seminars, workshops had been organized by the Indian SpectroPhysics Association (ISPA) so far. ISPA has the honour of giving 11 Veteran Scientists Award, 35 Life Time Achievement Award, 75 ISPA Dr. S. Gunasekaran Award so far.

Dr. Gunasekaran has also rendered great service to the School Education Board of the Government of Tamil Nadu, by serving as a Member of the Syllabus Revision Committee and Chairperson of Book writing committee. He has authored 14 books for Higher Secondary Physics, Secondary Science and Environmental Education, in both Tamil and English medium.

Dr. Gunasekaran had the honor of being selected for the post of Registrar, Periyar University, Salem, and this administrative post, he served with verve and vigour for the full term of three years from August 2008 to August 2011, proving that his administrative skills were no way inferior to his scientific skills. Given his keen interest in research, he did his best to sustain research activities at Periyar University and with the approval of the Syndicate, sourced funds from donors, to institute four Sir CV Raman Awards, two each for students and faculty, in order to kindle their research thirst. He also made it a point to organize National Science Day celebrations every year on the 28th of February.

The sincere and dedicated hard work fetched him many Awards right from his Post Graduation. Dr. Gunasekaran has been featured in the list of “World Ranking of Top 2% Scientists in 2021“, published by Stanford University under the category of “Chemical Physics/ General Chemistry/ Physics & Astronomy“. More recently, in the months of July, August and September 2017, Dr. Gunasekaran is honoured with four prestigious Awards viz., Tamil Nadu Scientist Award, Eminent Educationist Award, Best Citizen of India Gold Medal Award and Indo Global Research Excellence Award by Government of Tamil Nadu and various reputed organizations. He is conferred with Life Time Achievement Award by National College, Tiruchirapalli in February 2019, Life Time Achievement Award by University of Madras in April 2018 and Life Time Achievement Award by AMET University in March 2018. In September 2016, he is conferred with Award for Research Excellence by Indus Valley Foundation, USA. In August 2016, he is bestowed with Bharath Ratna Rajiv Gandhi Gold Medal Award for his participation and contribution to research and society by Global Economic Progress and Research Association. Dr. Gunasekaran has bestowed with Ariviyal Kalanjiyam Award 2015 by Mayilai Thiruvalluvar Tamil Sangam, Chennai. He has obtained Best Physics Student Award during the course at St. Joseph’s College, Trichy. Many awards have been conferred on Dr. Gunasekaran in the light of his dedicated service to Teaching and Research, to mention a few, Award For Excellence in the Spheres of Academic, Research and administration in August 2013 by Sri Vidya Mandir Arts and Science College, Uthangarai, Tamil Nadu. He is awarded for his achievement in the field of Higher Education by St. Joseph’s College in Josephites Re Union 2013, Trichy. Dr. Gunasekaran was conferred with Life Time Achievement Award during National Conference on Recent Advances in Applied Sciences (NCRAAS 2012). Dr. Gunasekaran is awarded with “Best Teacher Award” by Lion’s Club International and Pachaiyappa’s College, Chennai. He was conferred on “Eminent Scientist Award” in 2010 by Sree Kanchi Kamakodi Peetam, for his outstanding contribution to Science and Technology. He is awarded with “Research Guide Achievement Award” for his outstanding research in the field of Spectroscopy; the “Psychometric Educational Services Award” by The GCC School of Creative Intelligence and Research Foundation Trust for his valuable services and contributions to Human Resource Development; a “Certificate of Appreciation” for the successful conduct of the unique technical seminars for PG and M.Phil. students at the X State Level Technical Seminar in Physical Sciences in 2008; a “Certificate of Appreciation” by the Journal Spectrochimica Acta in 2007.

It is very evident, that from humble beginnings, Dr. Gunasekaran has come a long way, achieving all that he has, and if he stands tall today, it is only through sheer dint of hard work, honesty, sincerity, perseverance and self-confidence. As a result, his panoramic insight in the research has brought him a prestigious Tamil Nadu Scientist Award (TANSA) in Physical Sciences for the year 2013.